All of the team at Absolute Dental are immensely proud of the practice and its team and individual achievements. Over the last six years we have gone from strength to strength, gaining accreditation within the dental and business world. We are also proud to have stretched ourselves to raise money for good causes and look forward to further adventures to support deserving charities.

The Absolute team took on The Obstacle Run for Bowel Cancer West in September. This charity is another close to our hearts as one of team has recently received treatment from the surgeon who is one of the founders of this local charity. Giant hay bale staircase, vertical cargo nets, monkey bars, plunge pools and balance beams were just some of the 18 obstacles the team faced over the 5k course. As a team we raised over £1300 for the charity and the event has raised over £9000 to date (Oct 2018). 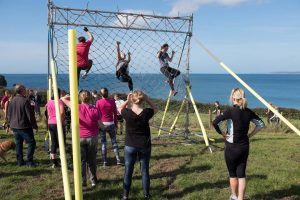 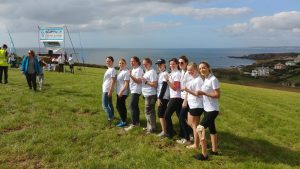 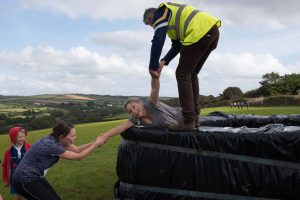 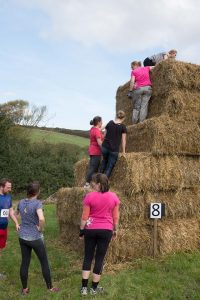 Absolute Dental have been awarded 2016 Winner of Best Healthcare Practice and Recognised Leaders in Implantology in the West Country by  Global Healthcare and Pharmaceutical .

Pretty Muddy 5K . The sun was shining as the team from Absolute set of to Westpoint in Exeter to take part in Cancer Research run. As a team we originally signed up to the event to support our dear friend and colleague Maureen who was battling the disease. Sadly Maureen lost her battle however it gave us a strong incentive to do this in her memory. We raised over £1500 with lots of laughs (and mud) along the way.

Midnight Walk : At 10pm on Saturday 19th July, Di, Rachael, Amber, Carys and Mel from Team Absolute set out on the 15 mile Midnight Walk in aid of St Lukes Hospice. This is the 8th year that the walk has taken place, and this year saw over 2,500 ladies taking to the streets in bright pink t-shirts with various illuminated and flashing accessories to walk a route around Plymouth which started and finished at the College of St Mark & St John, near Derriford Hospital. The atmosphere on the night was amazing; the marshals around the course were so encouraging and the passing motorists hooted their horns as they passed this bizarre flashing spectical! Once again, the team here showed great determination in their training for the even and their sense of humour kept them going on night, which was emotional.

The Royal Marines from their nearby Commando Training Centre still use this world famous Endurance training course on Woodbury Common near Exeter to train new recruits – and once a year they uniquely allow members of the public to find out first hand just what its like to take on such obstacles as “Peter’s Pool”, “The Sheep Dip” and the “Crocodile Pit” – whilst at the same time raising funds for our charities.

The whole team demonstrated a great deal of Grit and Determination, along with a terrific sense of humour throughout the course. It was clear we all accepted that we were all going to get completely soaked and filthy as we waded through bogs, ran 4km and crawled on our hands and knees through dark, water filled tunnels. We raised over £900.00 for the charities whilst showing great team spirit and courage and we all managed to overcome some really tough challenges.

On Sunday 25th March a team from Absolute Dental, (and friends), went ‘the extra mile’ by joining in with the Sport Relief Mile on Plymouth Hoe. The team of 10 completed either the 3, or 1 mile course in glorious sunshine. As the 3-milers completed their challenge before the 1-milers began theirs, they looped around and completed the 1 mile course with the rest of the team too! Rhodri said, “We always try and find a fund raising event each year that we can all take part in, and today not only did we raise over £300 for Sport Relief, but we all appreciated what a great team we have here.”

On Saturday 9th October, the Absolute team (joined by Julian DoRey of Kingsbridge Dental Laboratory & Nick Cox of Palladium Builders Merchants) took part in the Royal Marines’ ‘Commando Challenge’ on Woodbury Common. The course, which is only open to the public on this one weekend of the year, is punishing both physically and mentally. Once you have negotiated waist-deep bogs and tunnels full of stones and water on your hands and knees, then comes the ultimate challenge of “The Sheep Dip”, which as the name suggests involves full immersion in a pool of muddy water as you are thrust through what can only be described as a Smartie tube! The aim was to raise as much money for the Devon Air Ambulance and C-Commando a charity that aids the rehabilitation of injured soldiers. The team raised over £1200 for the charities and team captain Rhodri John said after the event, “It was a real test of teamwork – we put our trust completely in those around us to overcome some very personal challenges – we all felt amazing afterwards; a real sense of achievement and for a worthwhile cause.”

Absolute Dental team returned triumphant from the 2009 Dentistry Awards held in December with not one, but two much coveted winning trophies. The team were recognised as the best within the South West & Wales as having the ‘Best Practice’ and the ‘Best Team’.